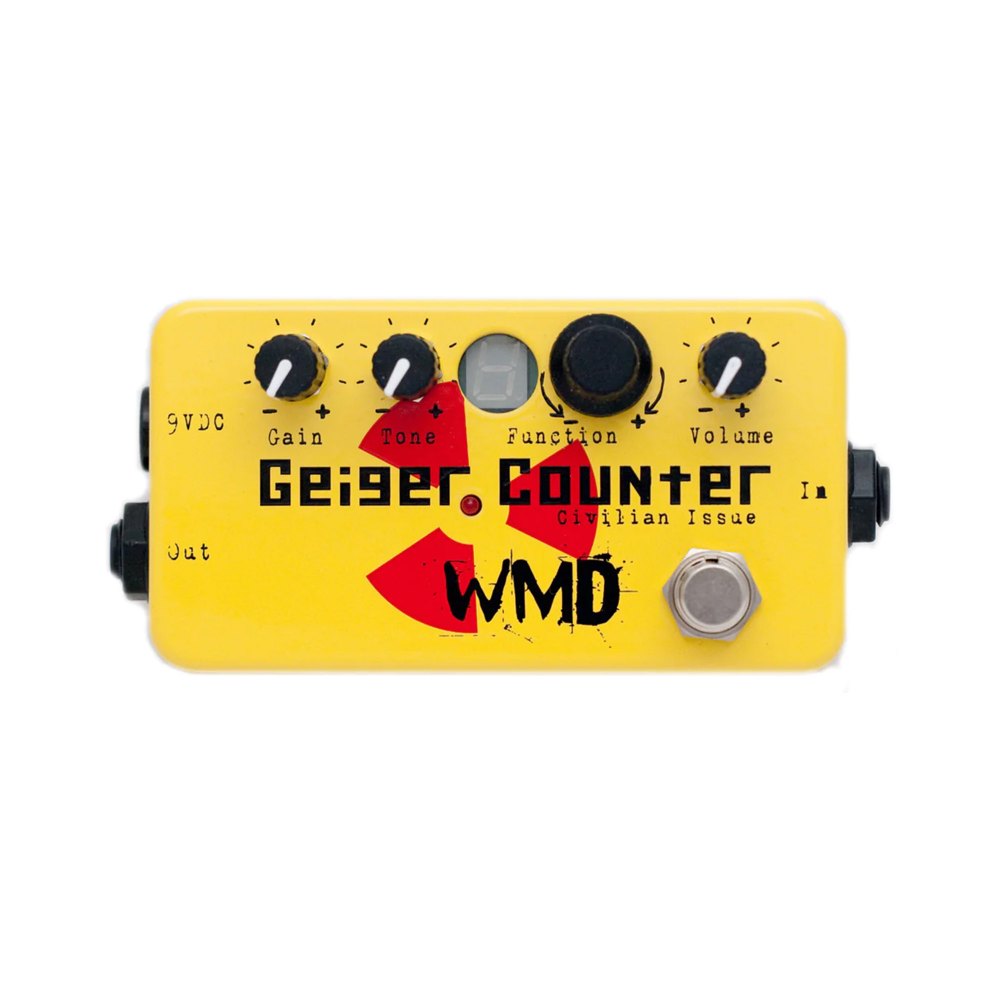 The WMD Geiger Counter - Civilian Issue is 32 killer sounds from the original Geiger Counter. We stripped off the majority of the controls and took $100 off the price. This is for those players who want to dial in a tone quickly and save pedalboard space.
Stomp Switch - Like all WMD pedals, the GCCI (Geiger Counter Civilian Issue) is handwired and true bypass, so it won't affect your tone when disabled. When the GCCI is on, the red LED will be lit.

Gain - The gain control provides anywhere from a nice clean tone to a ton of overdrive. Use this to hit the Function tables harder or softer to produce different amounts of harmonics.

Tone - The tone control can be used to fine tune the harmonic content from the Function tables. Use lower settings for fewer upper level harmonics.

Function - Twisting this knob will cause the number on the display to change. It goes 0 to 9 and A to F. This selects the 16 presets inside the GCCI. Push the knob in to activate the Low Fidelity mode for each preset. Low Fidelity mode is indicated by the decimal point on the display.
Each Function recalls parameters from the original Geiger Counter including the Bit Depth, Sample Rate and the Wave Table. The wave tables are displayed in the manual file. As your guitar string swings up and down, the wave table is played left to right from the center. The output is what's vertically on the graph. The more movement in the Function, the more harmonic content you'll get out.

Volume - Sets the output volume of the GCCI which can be up to 5Vpp, enough to really crush your amp's input stage.

Battery & 9VDC Jack - WMD recommends using a 9V BOSS style power adapter (2.1mm Center Negative). A battery snap is provided, but is recommended for power supply backup only as the GCCI uses a lot of power (about 40mA). A battery could last as little as 5 hours.

Warranty - Every WMD product is warrantied for 12 months after purchase, but please contact us if you ever have problems. We will take care of you.
Out of stock
Manufacturer WMD
Status Pre-order
More Videos
Share it 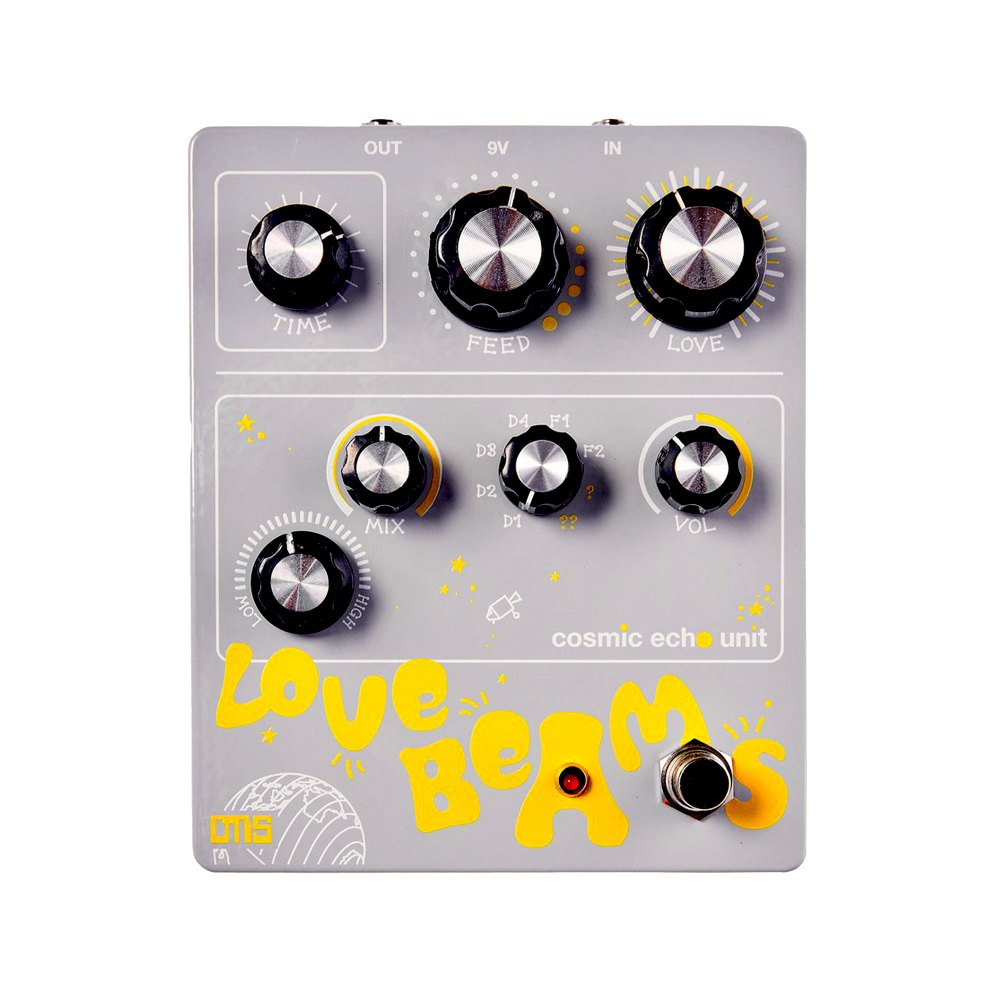 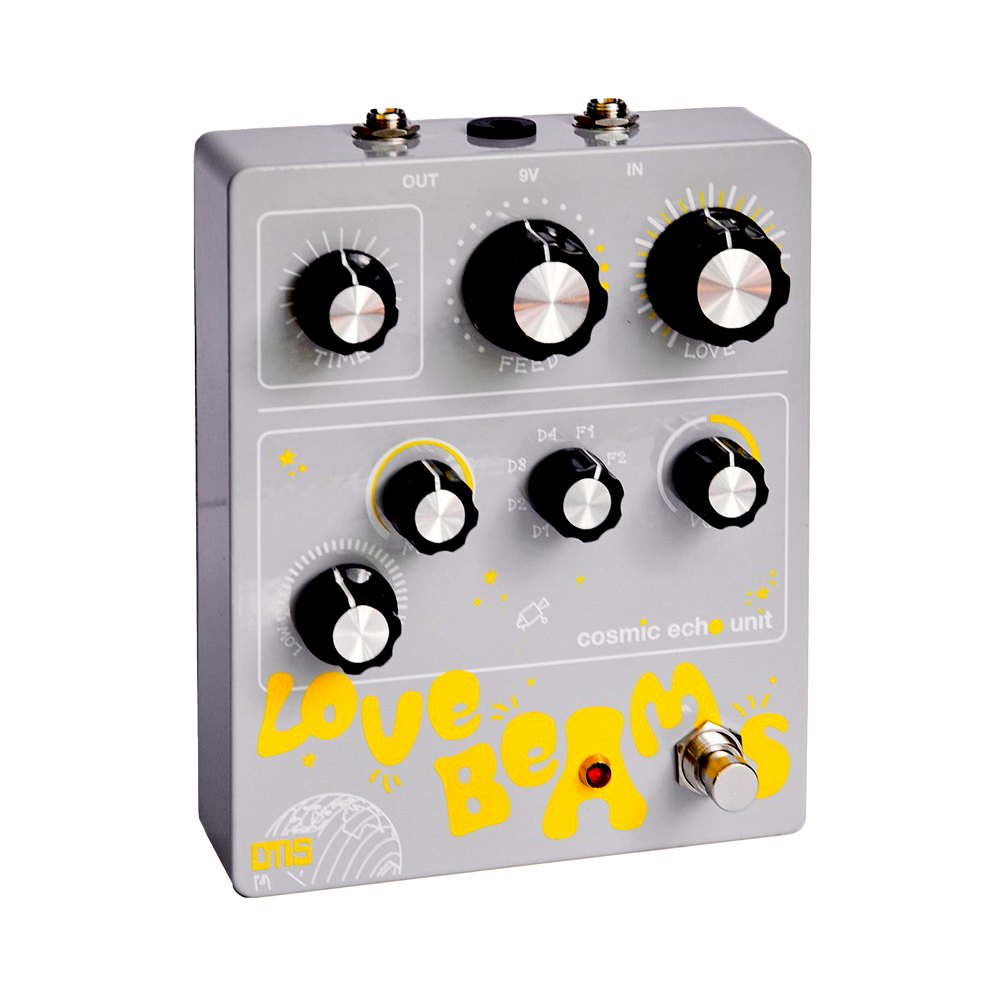 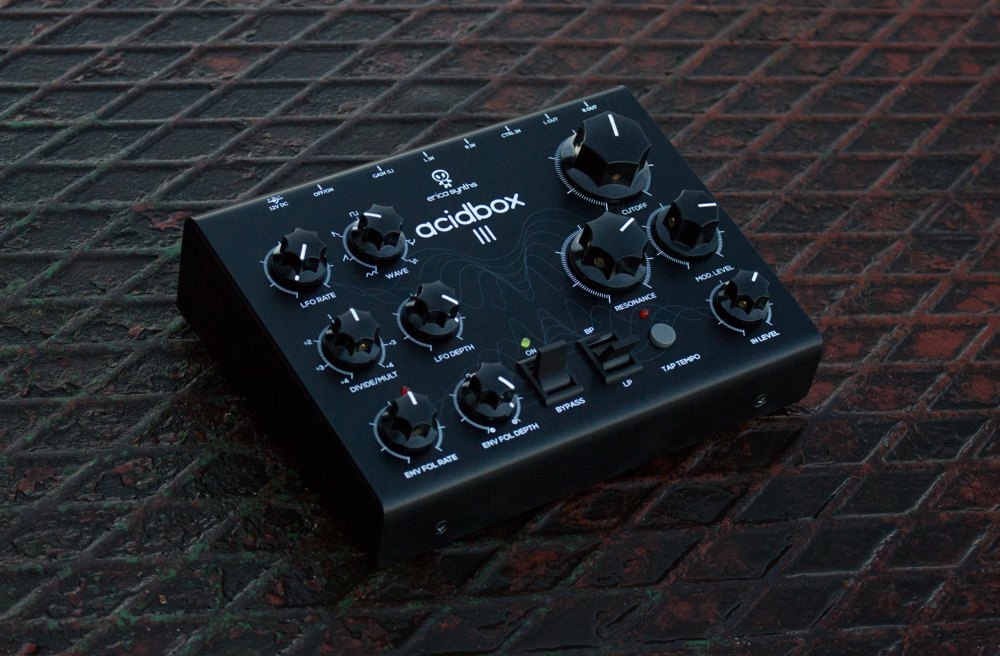 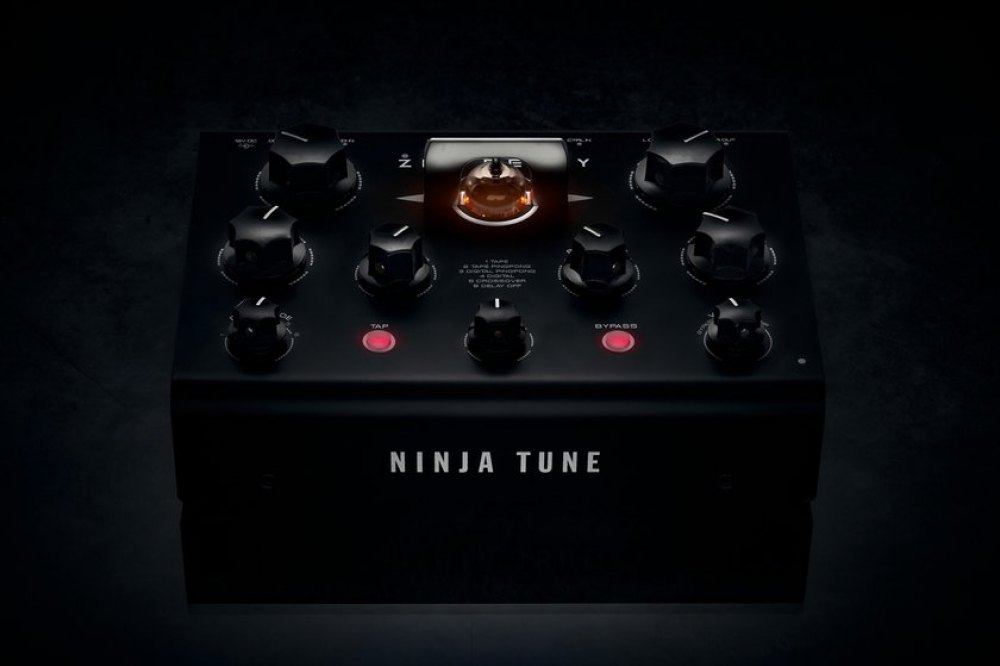 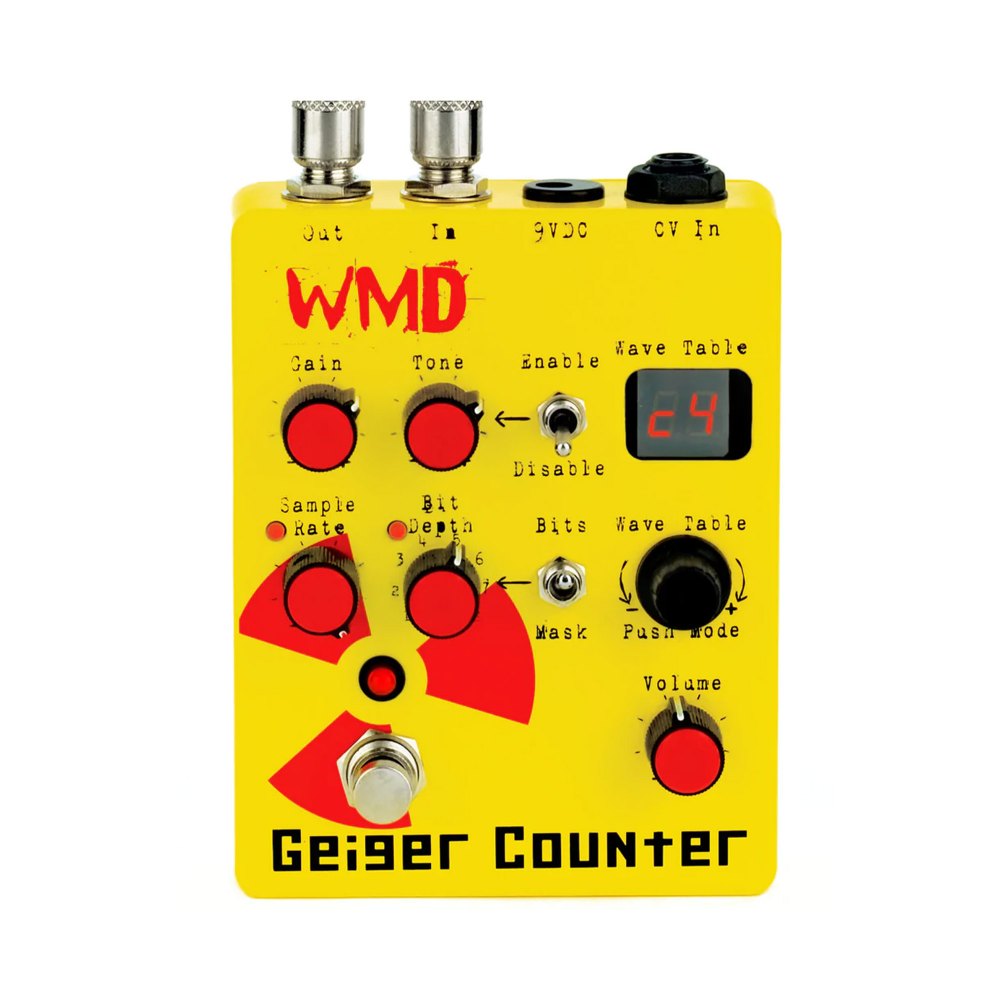 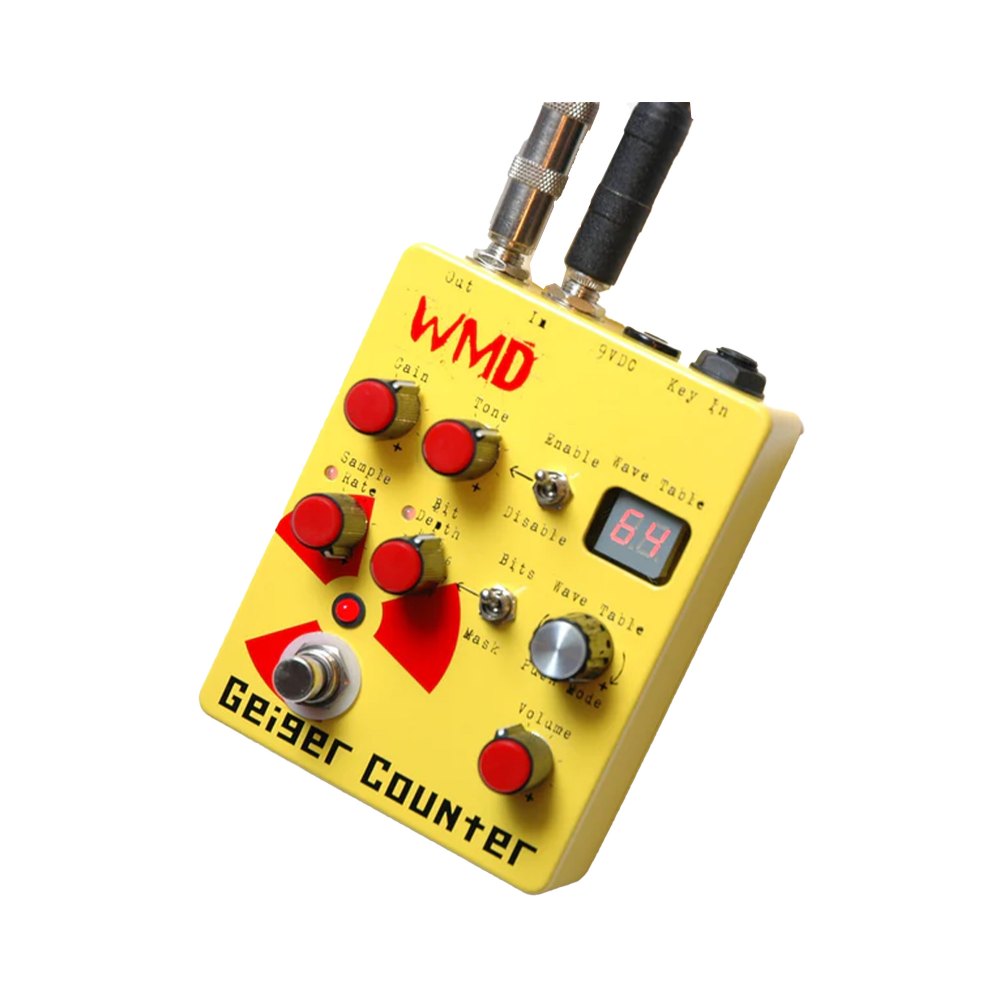