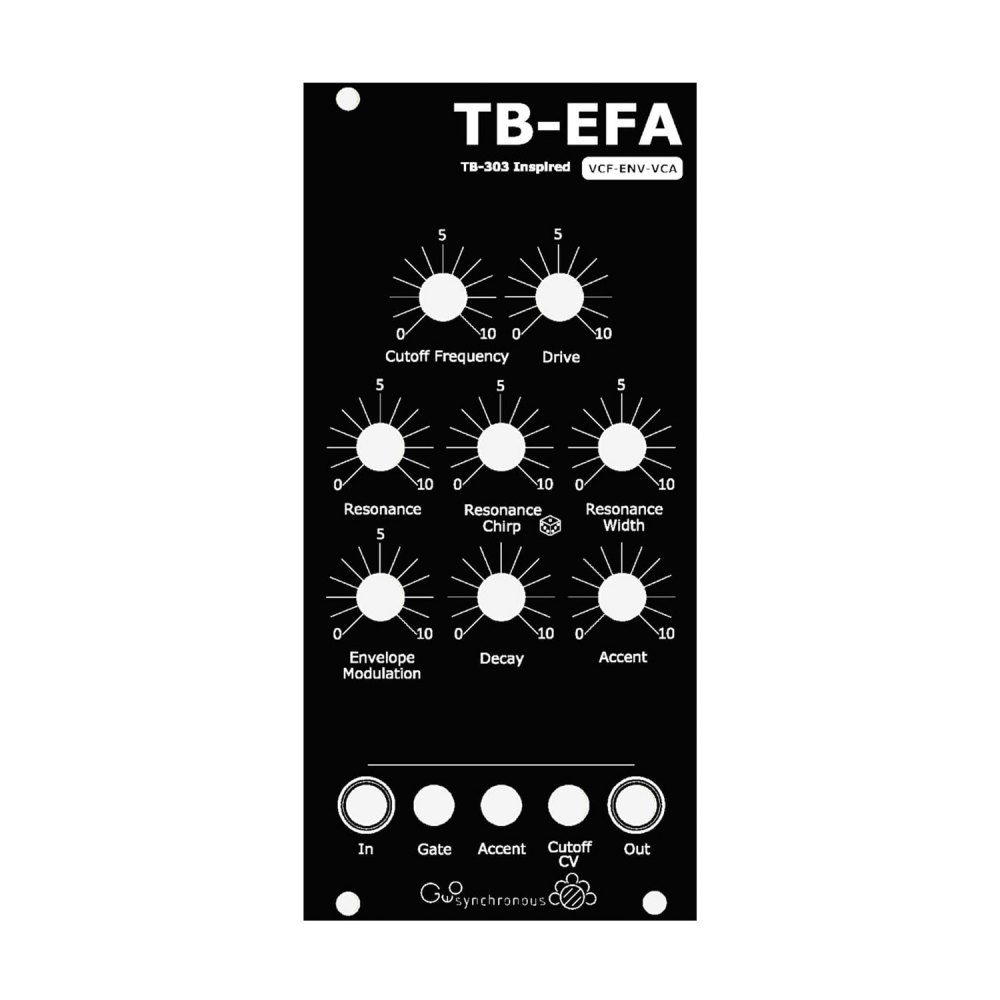 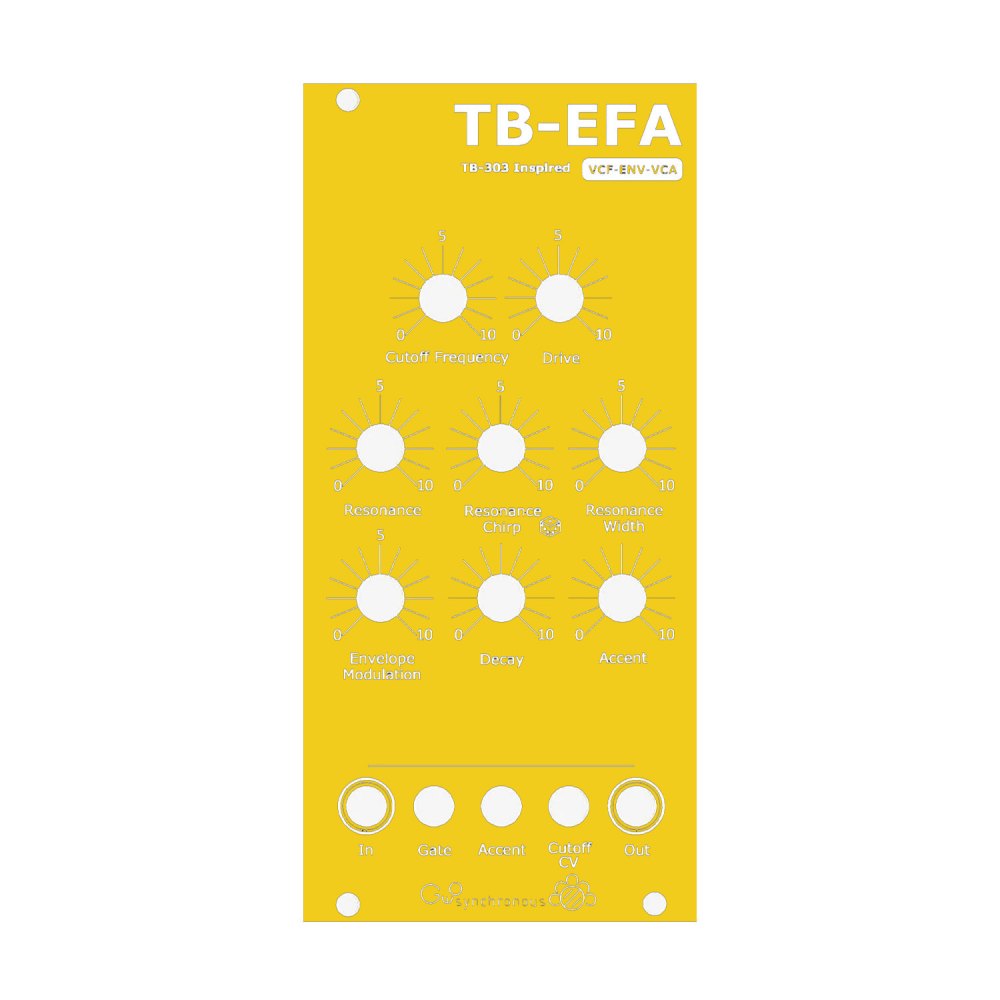 $425.00
TB-EFA takes the whole post oscillator voice circuit and brings it to eurorack. The 3 and a bit pole low pass filter, the envelope and the VCA all for the original 303 including the classic Roland BA662 op-amp by means of the OML clone.

The module provides the same features as the TB-EF but with the VCA also included you get full control over the decay of the tone as well as the envelope controlling not only filter modulation but amplifier modulation as well. The TB-EFA includes two additional controls, the decay of the envelope and the width of the filter. The width allows you to control the extent to which the filter mashes up the sound, from subtle to shrill, the options are endless.

The TB-EFA shares the same ‘3 and a bit’ pole filter circuit as the Roland TB-303. It also provides a complete version of the envelope used by the 303 with decay control. Rounding off the module is the BA662 based VCA circuit which is also controlled by the same envelope as the filter.

Like the original it has pots to control the Cutoff Frequency, Resonance and Envelope Modulation and Decay. These are true to the original in their operation. The envelope is controlled by a CV gate input, triggering the envelope and amplifier. If no gate is input you will not hear anything as the VCA will not be opened.

TB-EFA adds an additional “chirp” control that allows you to tweak the upper levels that the resonance feedback can achieve. R97A sets the highest level – by default a 10K resistor in the original 303. In the TB-EFA this is replaced with a 4.7K resistor and combines in series with the 5K “chirp” pot. (Paul over at DINsync.info refers to this as the “dice roll”). You could experiment with an even lower value, if you like shrill bird song for example!

The original TB-303 has an internal trimmer, TM3, that sets the filter frequency maximum. The TB-EFA externalises this with its own pot control (resonance width) so you can adjust to your taste on the fly. A drive control is also added which provides an inbuilt overdrive effect at extreme, and again builders can try different levels. A 33k resistor at R62 combined with the A100K pot lets you drive it hard but not too much (original uses a fixed 220k). You can reduce the 33k down even as low as just a few K for extreme distortion. This drives the initial input audio signal to the filter – so pre filter overdrive. Note that beyond about 2 o’clock on the pot drives the signal hot and will lose some of the resonance high frequencies as a result. This is normal.

The TB-EFA includes the VCA from the original 303. This uses the Open Music Labs (OML) BA662 “clown” clone circuit to stay true to the original. This VCA is controlled by the same envelope as the filter and only the decay portion can be adjusted.
The final control is accent. Here, a trigger CV input is provided as well as a pot to set the accent level. Note that the accent controls the envelope shape and level, so it needs the envelope to be triggered. Thus, both gate and accent need to be “high” for it to affect the sound – or at least the envelope needs to be running for accent to increase its effect. The accent also adjusts the bias on the BA662 circuit and increases the loudness of the note, so without a trigger you can increase the general accent tone of all notes with just the pot.

The TB-EFA is available as a panel and pcb set, a panel and pcb set with partial kit and in limited numbers as a pre-built, tested and calibrated module.
In stock
Ships in 1–2 days
Manufacturer Geosynchronous
Status Pre-order
Functionality Filter VCF, Amplifier VCA, Envelope Generator
Share it 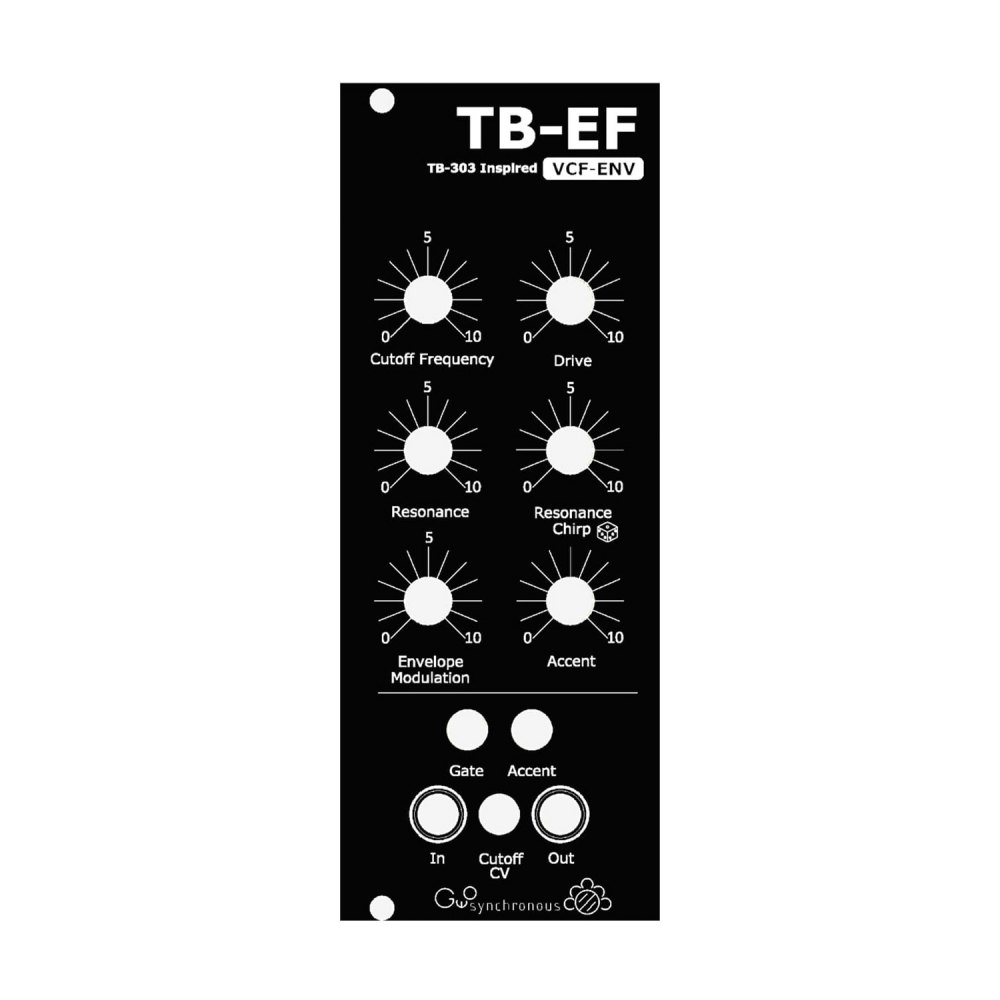 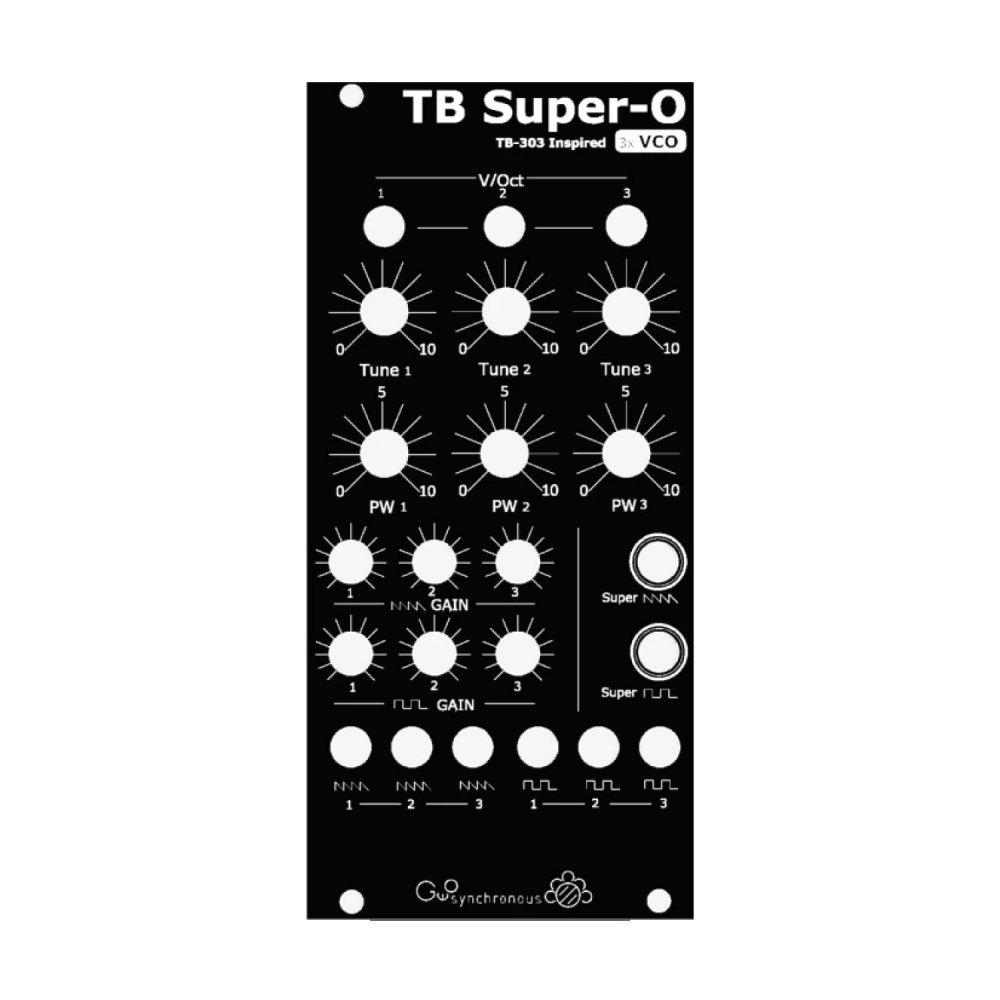 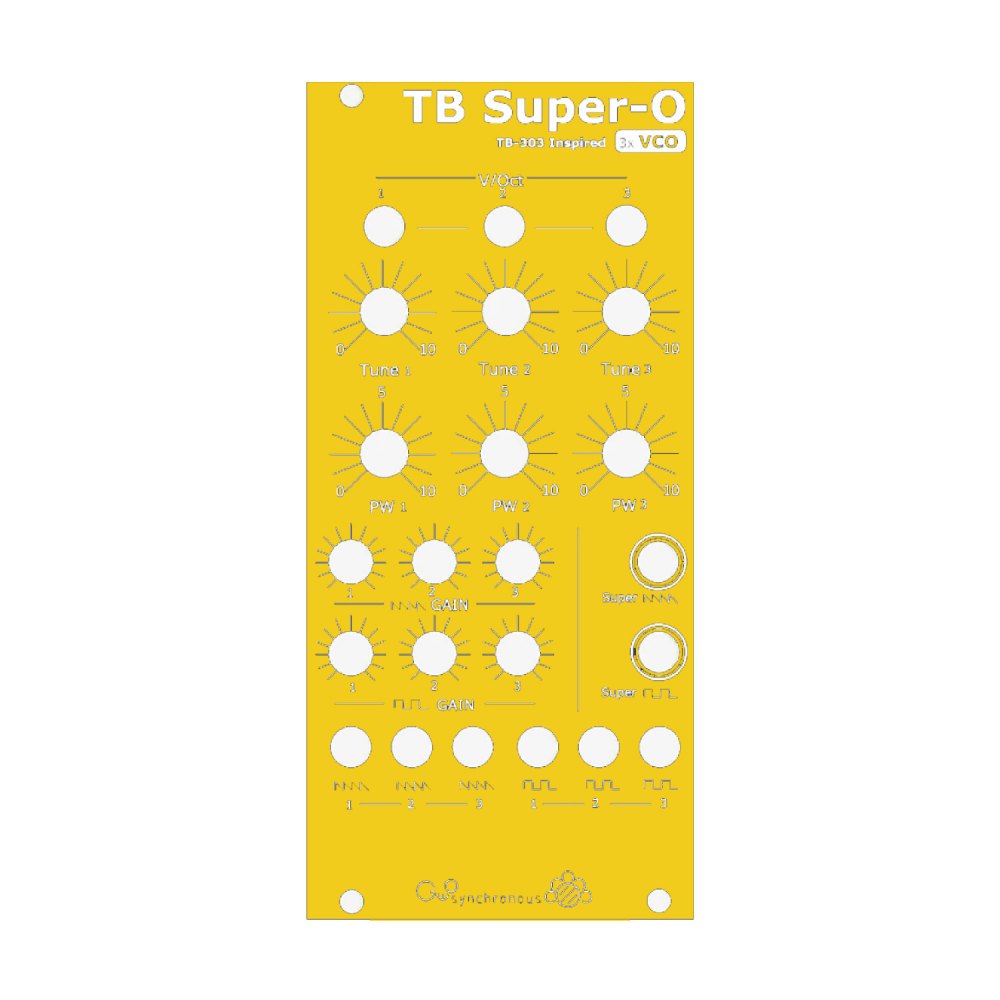 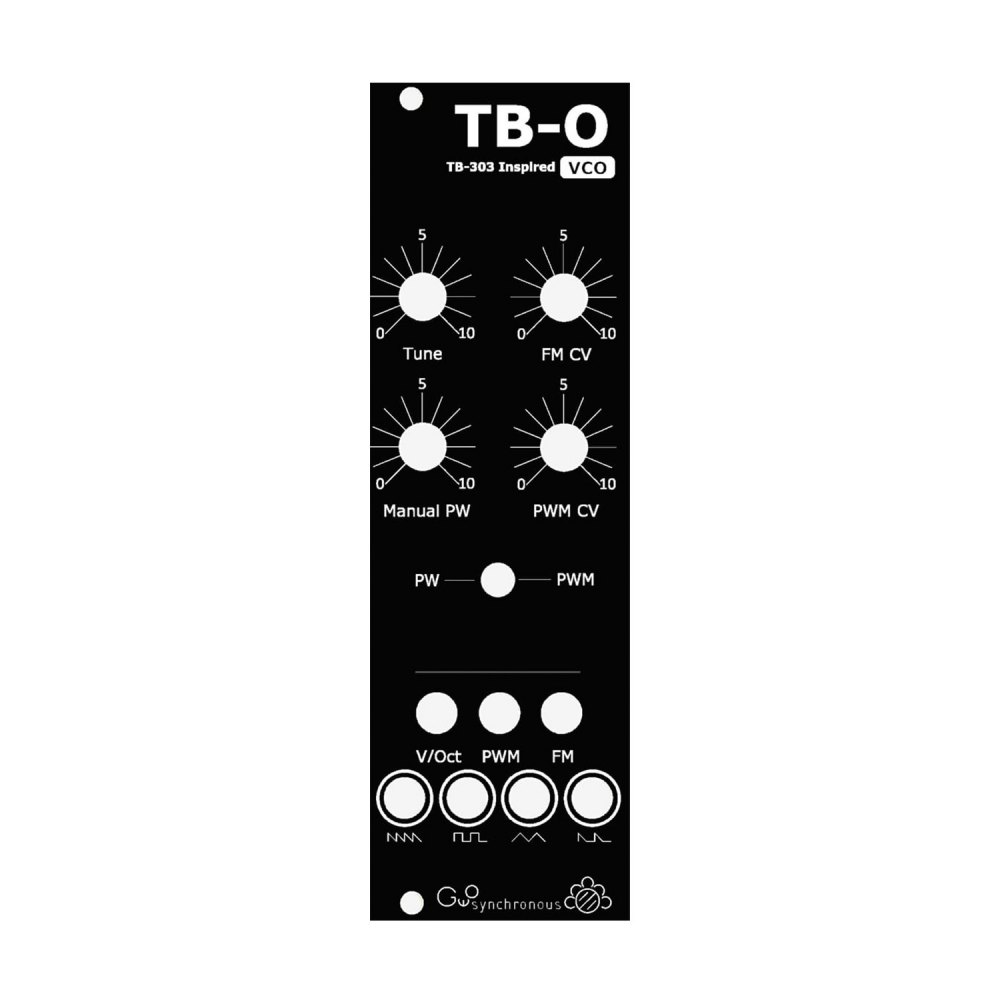