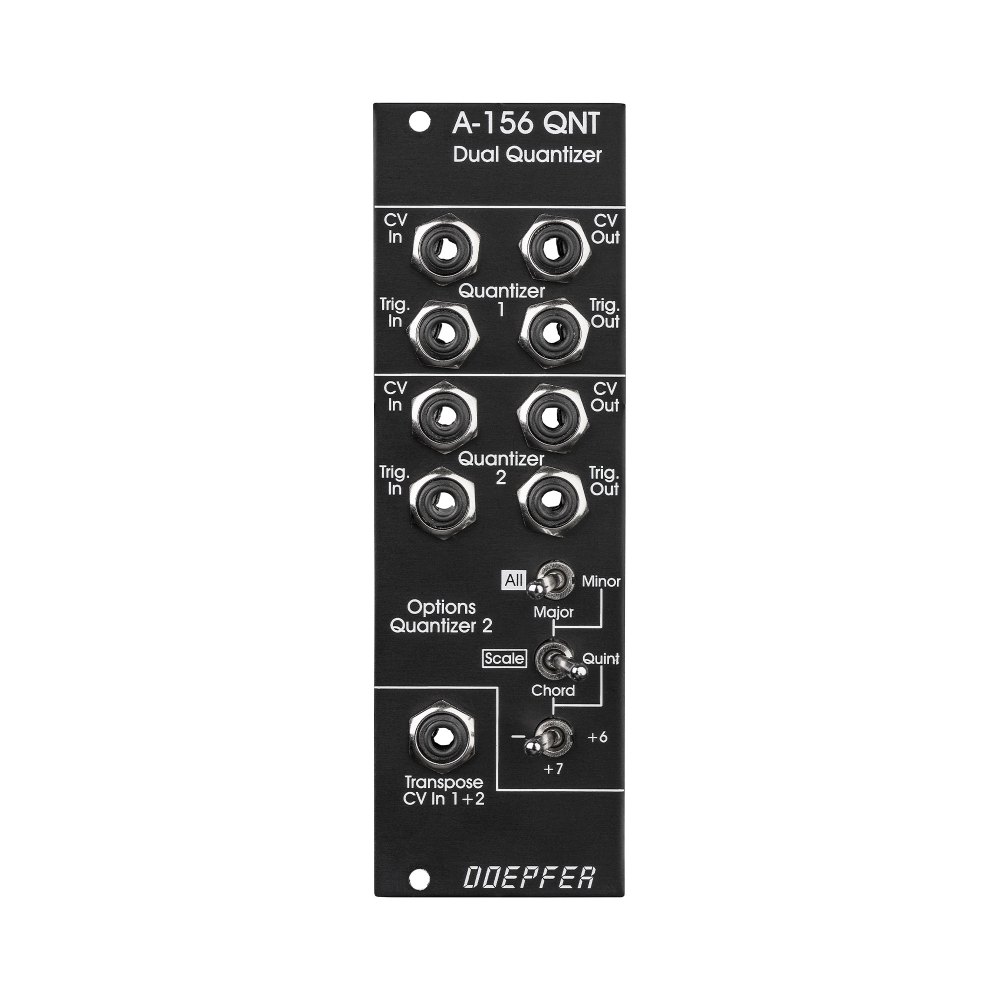 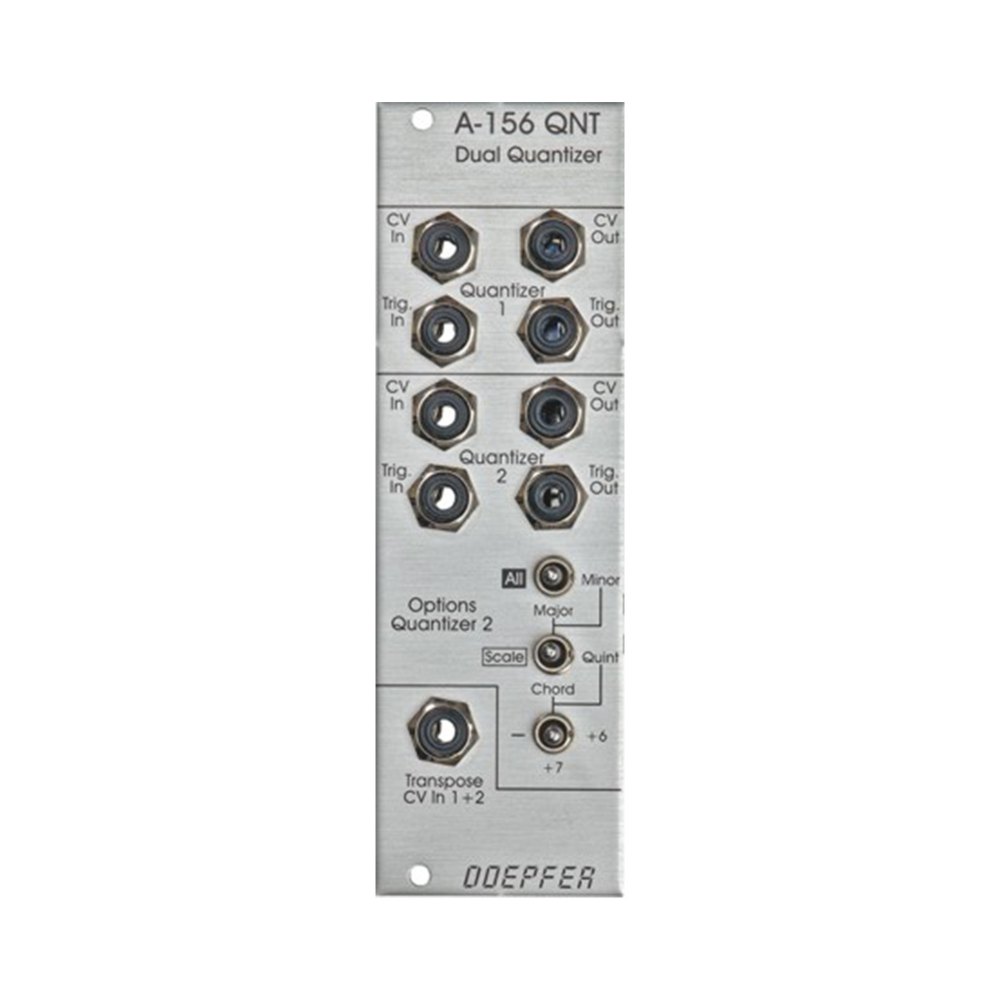 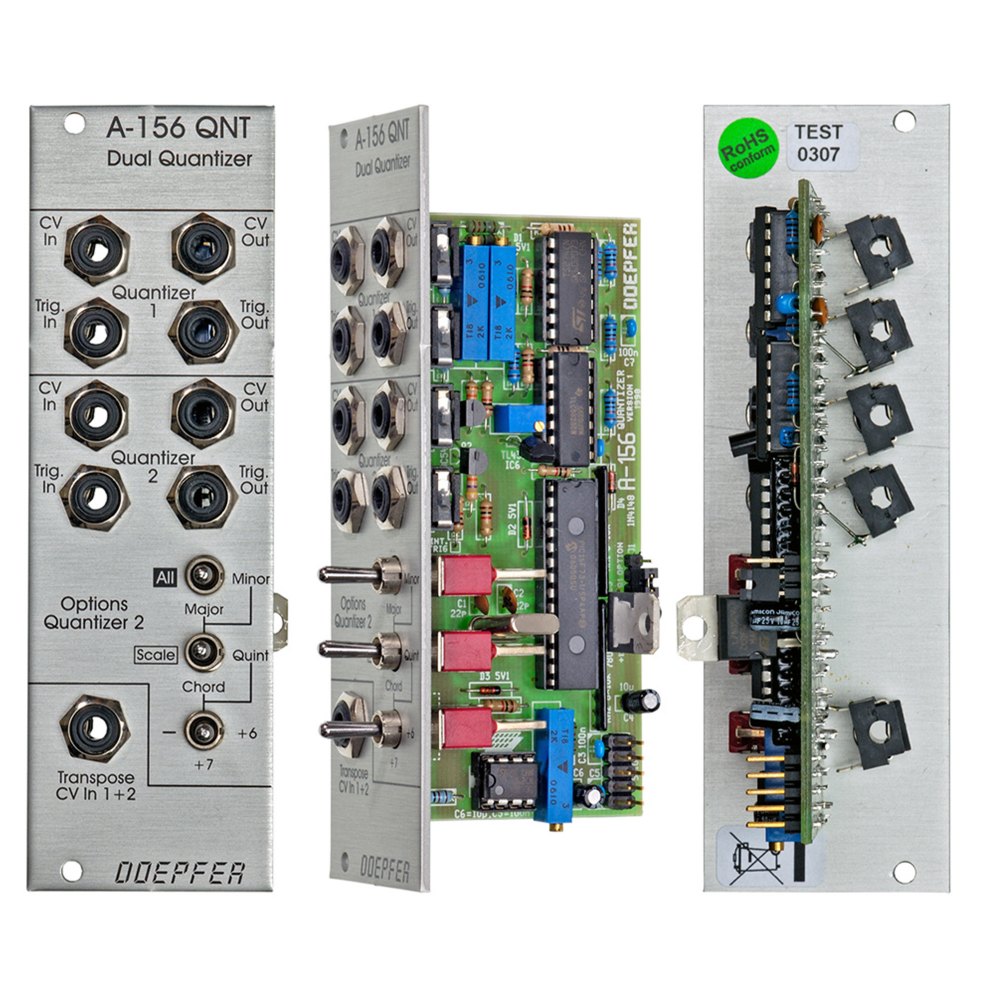 $279.00
Module A-156 is a Dual Control Voltage Quantizer. A quantizer converts a continous control voltage in the range 0...+10V into a stepped output voltage in the same voltage range (i.e. only certain voltages occur). Normally 1/12 V steps are used to obtain semitone steps. Quantizer 2 of the A-156 allows has more sophisticated quantizing modes like major scale (i.e. only voltages corresponding to the major scale), minor scale, major chord, minor chord, fundamental+fifth and addition of seventh or sixth when chords are selected. Only those voltages appear at the CV output which comply with the selection rule (e.g. minor chord with seventh).

For each quantizer the following in/outputs are available:


On top of that the A-156 is provided with a common transpose CV input having an additive effect on both quantizers. This input is quantized in semitone steps. A typical application is the transposition of a sequence generated by the A-155 by a second control voltage (e.g. coming from the MIDI-CV interface A-190).